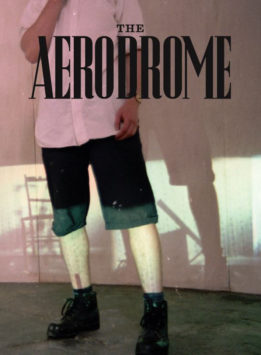 This catalogue, published alongside the exhibition, The Aerodrome (Ikon Gallery, Birmingham, 12 June – 8 September 2019) is dedicated to the memory and curatorial achievements of curator, Michael Stanley who tragically died in 2012.

Co-curated with David Austen and George Shaw and structured loosely on Rex Warner’s 1941 wartime novel The Aerodrome, a book that made a great impression on Stanley, it includes many of the artists he worked with, all of whom held him in great affection and regarded him as one of their own.

Jenny Saville, for example, whose first solo show in a British public gallery took place at MAO in the year of his death, describes Stanley as someone who “wasn’t scared of history or of being radical. He was as likely to be enthusing about working with a sculptor in his nineties, [as] raising funds to facilitate a young filmmakers’ vision. His poetic sensibility, combined with a can-do attitude where everything’s possible, is what made him so magnetic and convincing.”

The catalogue also features biographies on all artists in the exhibition.