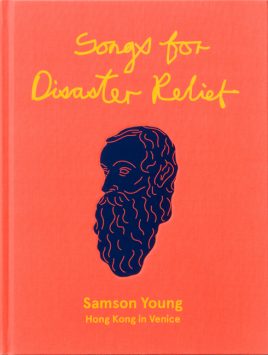 Young created a new body of work that attempts to reframe the popularization of ‘charity singles’ – purpose-made recordings for charitable causes, featuring a super-group of artists – as a historic ‘event’ and a culturally transformative moment.

Charity singles were most widespread in the 1980s, and coincided with the rise of neoliberalism and the global popular music industry. In 2014, Bob Geldof and a new group of artists attempted a remake of the iconic song, Do They Know It’s Christmas to support West African nations in their fight against Ebola. A perceived ‘out-of-timeness’ of the contemporary remake left a mark on Young’s consciousness, setting him on a course of research that informed this exhibition.

Through a deliberate repurposing and creative misreading of such iconic titles as, We Are the World and Do They Know It’s Christmas the artist generates a series of objects, works on paper, and multi-room sound and video installations that together constitute a unique audio-visual experience.