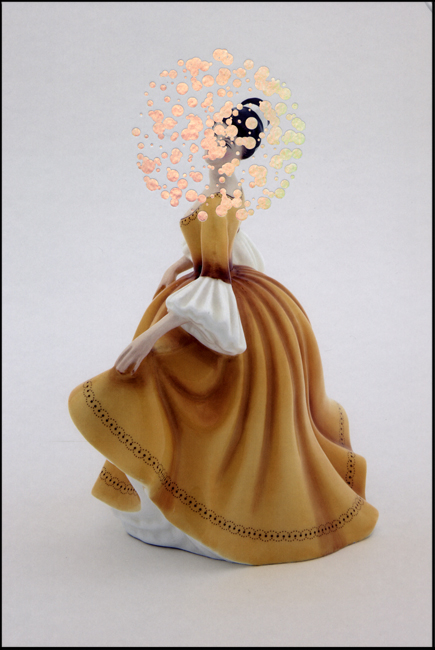 This fully illustrated catalogue accompanies Lands End, Ruth Claxton’s first solo show in the UK. For this exhibition, Claxton has created an ambitious new installation. Metal structures are large-scale and labyrinth-like, at times immersing the viewer in a constructed world, enveloped by its sheer physicality.

An environment of open frameworks creates a dramatic fabrication of interlocking and layered forms reminiscent of fantastic natural phenomena. Areas of density and focus are developed by sequences of stacked metal hoops of varying thickness, coloured and mirrored discs, seemingly precariously balanced, toppling over and into each other.

The structure is dominant, at times appearing to be one of dynamic, arrested motion, penetrating through walls, creating a tension with the architecture of the galleries. Mirrored surfaces implicate the viewer through endless reflection. The carefully fabricated stands retain their utopian reference to design while recalling organic structures such as the Giant’s Causeway or crystalline geological forms.