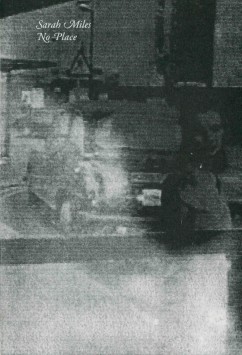 In 2005, Film and Video Umbrella commissioned Sarah Miles to make No Place. This major film work was exhibited in two parts, at either end of the train line between London and King’s Lynn, Norfolk.

No Place traces a series of parallel stories involving a number of young ‘country girls’, whose paths in life are played out against the backdrop of cinema and particularly the exemplary fantasy journey undertaken by Dorothy in The Wizard of Oz.

The artist’s work has been broadcast on television as well as being presented in galleries including Tate Britain and ICA, London; Ikon, Birmingham; and Arnolfini, Bristol. In addition, her films have been included in film festivals worldwide. Miles lives and works in London.

£3.50
Buy now
(Your order will be fulfilled by Ingram Publisher Services)