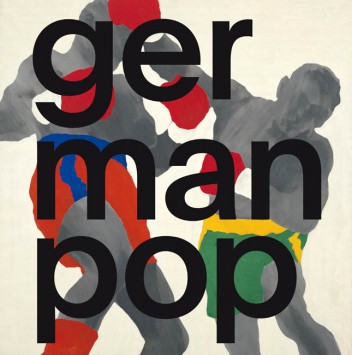 For the first time Pop Art is presented in its specifically German iteration— an art historical phenomenon that has thus far attracted scant attention.

After debuting in the UK and USA, where it quickly rose to become a universal cross-genre cultural trend, Pop was given an original twist in West Germany during the 1960s.

Going beyond ‘coca-colonization’, German artists developed their own brand of Pop Art, drastically breaking with the norms of German high culture.

In contrast with the often bold and glamorous vocabulary of their Anglo-American artist colleagues, German artists such as Thomas Bayrle, Karl Horst Hödicke, Ferdinand Kriwet, Sigmar Polke, and Gerhard Richter dealt with the less grandiose banalities of everyday German life, satirizing petty bourgeois tastes and the oppressive and deceptive complacency of the 1960s.

In the wake of the ‘economic miracle’ it was time to raise political awareness and come to terms with the recent German past.

Published on the occasion of the exhibition German Pop at Schirn Kunsthalle Frankfurt, 6 November 2014 – 8 February 2015.

£46.00
Buy now
(Your order will be fulfilled by Ingram Publisher Services)