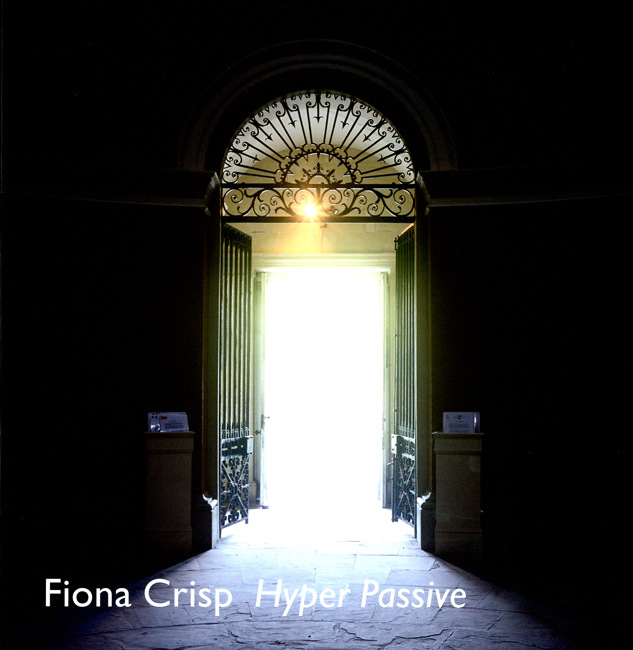 Hyper Passive surveys the visual, conceptual and philosophical aspects of Fiona Crisp’s large-scale photographic work over the past decade, and places it in the wider historical context of art and photography.

Through focussing on work from the last ten years, the monograph seeks to reveal a quietly persistent process of destabilisation running throughout Crisp’s practice whereby coordinates of architectural space, time or states of being are re-ordered.

Crisp herself refers to the ‘building of impossible space’ within her images – a notion that finds echoes in Jacques Derrida’s use of the term aporia or Vilém Flusser’s exploration of ‘phenomenological doubt’. The title, Hyper Passive, suggests a negotiation of similarly contradictory forces.

Hyper Passive makes a dynamic contribution to the current dialogue surrounding the ontology of the photographic image and be a useful point of reference for theoreticians, academics, curators and students.

Designed by Kate Lyons at Phil Baines studio with the artist.

£12.99
Buy now
(Your order will be fulfilled by Ingram Publisher Services)