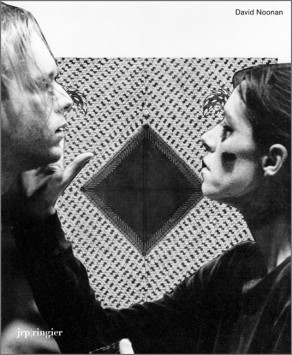 Noonan begins each of his screen-printed canvases by making a collage. His images encapsulate the romanticism of Golden Age cinema, and its associations with memory, fiction, and modern mythology.

Using the liturgy of art itself as a departure point for invention, Noonan conceives of his work as ‘documentation’ of plausible performances: his cast of characters are positioned as participators in highly elaborate artworks, invoking covert and futuristic ritual.

The first comprehensive monograph on the artist, this book offers an overview of his work and is accompanied with texts by Michael Bracewell, Jennifer Higgie, and Dominic Molon.