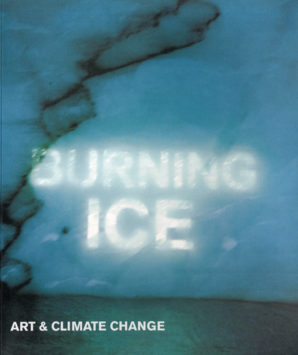 *THIS TITLE IS OUT OF PRINT*

This is the 10th Anniversary re-publication of the acclaimed, ground-breaking Cape Farewell book. Published by Gaia Project in partnership with Cape Farewell.

The High Arctic stands at the front line of Climate Change. Since 2003, Cape Farewell’s international teams of artists and climate scientists have made numerous sailing expeditions to this remote, fragile, ice-bound environment.

The aim of these expeditions was to address climatic change by providing first-hand accounts of Arctic experiences, to conduct oceanographic research, and to produce artworks that provide a human-scale for a rapidly unfolding planetary crisis that often seems too huge to comprehend.

Through stunning photography and salient essays, Burning Ice celebrates the collaborative research and artwork that over the years has evolved from the Arctic journeys. It charts the experiences and artworks of renowned artists such as Antony Gormley, Gary Hume, and Rachel Whiteread; choreographer Siobhan Davies; architect Peter Clegg; and sound artist Max Eastley; among others. Extracts from expedition journals complement new texts by award-winning writers, Ian McEwan and Robert Macfarlane.

Initiating a ‘cultural response’ to Climate Change, Cape Farewell is an international not-for-profit project based in London and Toronto.