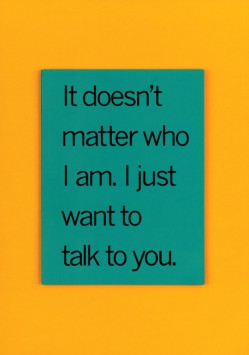 Tony Arefin (1962–2000), was a graphic designer who emerged during the late 1980s as one of the most important figures in the British art world.

Comprising early publications from the YBA movement to seminal advertising campaigns for corporate clients such as IBM, Ikon’s exhibition reveals the intuitive genius of Arefin’s work.

Exploiting his intimate knowledge of the art world, he collaborated freely with photographers, illustrators and typeface designers to produce some of his most striking and dynamic work.

Featuring an essay by Emily King, and a conversation with James Langdon, Rick Poynor and Jonathan Watkins, this title has been published on the occasion of the exhibition Arefin & Arefin: The Graphic Design of Tony Arefin at Ikon Gallery, Birmingham, 12 September – 4 November 2012.