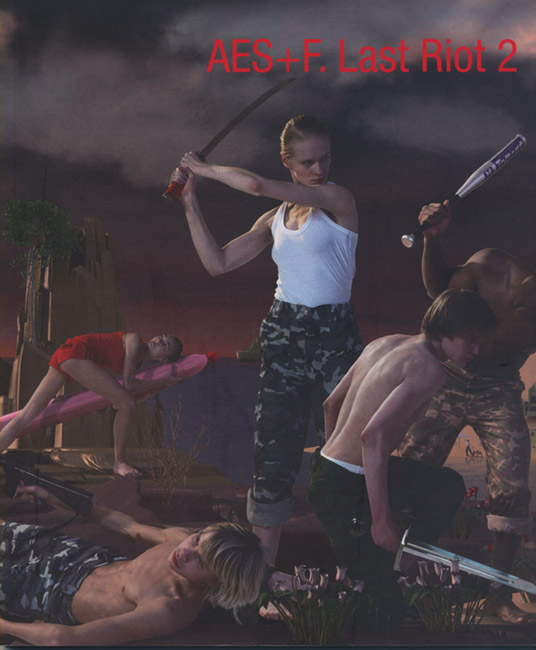 The catalogue AES+F. Last Riot 2 has been published to accompany an exhibition at the Pharos Centre for Contemporary Art, Cyprus in September – October 2006.

AES+F are Tatiana Arzamasova, Lev Evzovich, Evgeny Svyatsky and Vladimir Fridkes. The group focuses on photography, photo and computer-based art and video art, along with the use of traditional media such as drawing, painting and sculpture.

Their work has been shown at various biennials – including the Venice Biennale 2007 – and at numerous group and solo shows worldwide. At the Pharos Centre they exhibited digital collages and video from the series Last Riot 2.

The catalogue was designed by Herman Lelie and Stefania Bonelli and includes the essay The Art of War: Mythologies of Martyrdom by Richard Osborne, author of Philosophy in Art (Zidane Press 2007), and a foreword by Garo Keheyan, President of the Pharos Trust.