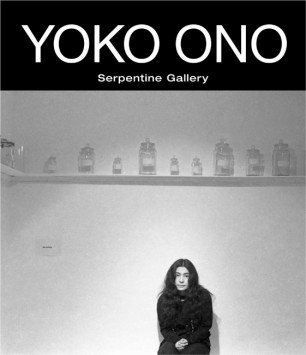 Yoko Ono: To The Light has been published on the occasion of Yoko Ono’s exhibition at the Serpentine Gallery.

Including seminal works from throughout her prolific career, the exhibition reflects upon the enormous impact that she has made on contemporary art, exploring her influential role across a wide range of media.

Catalogue texts include an in-depth discussion of the Serpentine Gallery exhibition by Alexandra Munroe, and of Onoʼs use of film as a medium by Chrissie Iles. The essays are accompanied by an interview with the artist by Julia Peyton-Jones and Hans Ulrich Obrist.

Published on the occasion of the exhibition Yoko Ono: To The Light at Serpentine Gallery, London, 19 June – 9 September 2012.

£24.50
Buy now
(Your order will be fulfilled by Ingram Publisher Services)