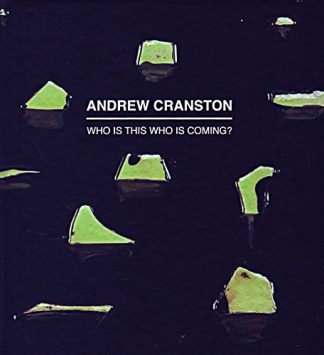 The first major publication of the paintings of Andrew Cranston.

Painting is a kind of beautiful way of lying, and Cranston’s work affirms a belief in painting as a real kind of fiction. The notion that like a writer he can explore feeling, thoughts, scenarios, characters and none of them might be about him; some might be though.

The book includes images of 32 recent paintings, contextual photographs and an essay by Liza Dimbleby.

Andrew Cranston was born in Hawick, Scotland 1969 and lives and works in Glasgow. He studied at Grays School of Art in Aberdeen and the Royal College of Art, London. Recent solo exhibitions include If I were a carpenter and other stories Wilkinson, London (2017), Paintings from a room, Ingleby Gallery, Edinburgh (2016) What to do After Death in Scotland, Hamish Morrison Galerie, Berlin (2013). In 2014 he was awarded the Arts Foundation Fellowship for Painting.

£22.00
Coming soon
(subscribe to our newsletter be the first to know when this title is available)