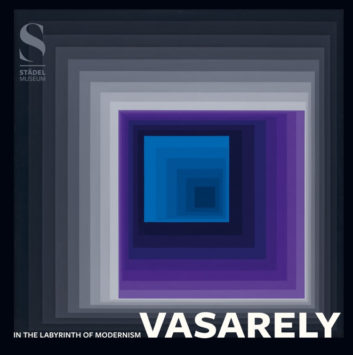 Victor Vasarely (1906–1997) was a graphic designer and artist, a central figure in post-war French art with a Hungarian background and roots in the Bauhaus of the 1920s.

His work extends across more than six decades, integrating an extremely broad range of styles and influences.

In the Labyrinth of Modernism highlights Victor Vasarely, who is all too frequently reduced to his Op Art output and its bewildering impact on the senses, in his role as one of the central figures of modernism.

With more than 100 works from European and US-American collections this publication reveals the mutual penetration between and influence of everyday life and art in his work and the continuous crossover between the pop and modernist aesthetics.

In this way it enables the reader to encounter not only one of Europe’s first exponents of pop art but also a new history of the modernist project as it extended throughout the twentieth century.