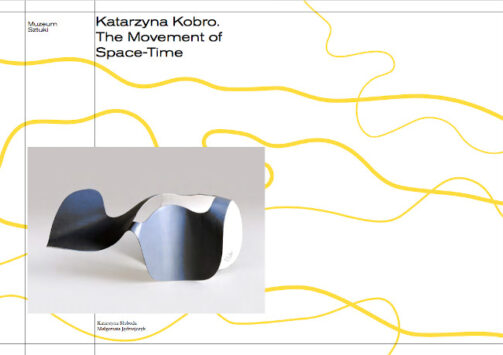 This publication is a guide to the work of sculptor and art theoretician, Katarzyna Kobro (1898 – 1951). She is considered one of the most outstanding artists associated with the interwar avant-garde in Poland.

Her sculptures polarized critics in her home country during the mid-20th century, however she the latest under-recognized artist to get a Google Doodle. A portrait of Kobro has recently appeared on the front page of the search engine to mark her birthday.

Much of Kobro’s work was lost or destroyed during World War II, and as with other female artists, she has rarely been given the same weight as other male artists in the history of European abstraction.

Her reputation is changing, however, and at the Museum of Modern Art in New York, there is currently a gallery dedicated to Kobro that features a work on loan from the Muzeum Sztuki in Łódź, Poland.

Through essays, as well as descriptions of some of her pieces and projects, we will understand her important work as an example of avant-garde experiments with space, which are eagerly evoked in contemporary artistic practices.