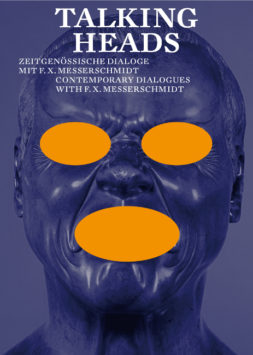 Exploring the face and its expressions or rather the meanings ascribed to these expressions represents a fascinating adventure, one which can look back over a long history (in art).

However, what the exhibition ‘Talking Heads’ is concerned with is less engaging in one of those familiar (Western) narratives on the portrait and more focusing on the head as an independent aesthetic motif.

Starting with Franz Xaver Messerschmidt’s ‘Charakterköpfe,’ which the prominent sculptor produced in the 18th century, the exhibition ‘Talking Heads’ makes pictures of heads and faces as well as their reception and the artistic concepts behind them the focal point of a dialogic discussion on notable 20th-century positions.

Sixteen of these ‘heads,’ whose faces capture all kinds of human feelings and emotions in a manner that affects visitors directly, are to be found in the Belvedere collection and are some of the absolute favourites of visitors to the museum, challenging them to imitate or empathise with the facial expressions shown to them, as the museum’s Director Stella Rollig explains in the foreword to the publication.