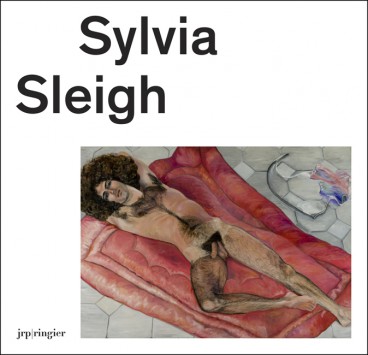 This title is due for publication in Spring 2021

Although often overlooked in contemporary art, Welsh-born Sylvia Sleigh (1916–2010) became an important part of New York’s feminist art scene in the 1960s and beyond. She was particularly well known for her explicit paintings of male nudes, which challenged the art historical tradition of male artists painting female subjects as objects of desire. Sleigh trained in painting at Brighton School of Art at a time when female art students were, as she recalled, ‘treated in a second-rate fashion’. Despite having a solo exhibition at Kensington Art Gallery in 1953, she received little public recognition until her move to New York in the 1960s.

In New York she and her husband, the art critic and Guggenheim curator Lawrence Alloway, created a home that welcomed artists, writers, and musicians, many of whom Sleigh painted. These works radiate a sense of friendship and emotional attachment between the artist and her sitters, in addition to presenting an array of significant cultural figures of the time, such as Eleanor Antin, Nancy Spero, Agnes Denes, and Mary Beth Edelson.

The paintings of Sylvia Sleigh testify of the couple’s embrace of the local scene. Represented dressed or unclothed, both men and women are seen absorbed in immersive environments and described by an acid-pastel palette. From the end of the 1960s until her death, Sleigh participated in almost every large-scale American exhibition of feminist art, and showed at the women-run A.I.R. Gallery and SoHo 20 in New York, which she co-founded.

This book is Sleigh’s first retrospective monograph. Including texts by Linda Nochlin and curators of the first overview exhibition of her work, in 2012–2013, it also provides a complete biography and numerous reproductions of her paintings.  Published with Tate Liverpool, Stiftelsen Kunstnernes Hus, Kunst Halle Sankt Gallen, and CAPC Musée d’Art Contemporain de Bordeaux.

£48.00
Coming soon
(subscribe to our newsletter be the first to know when this title is available)