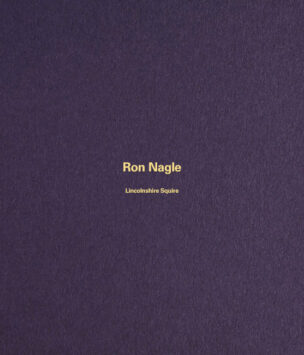 Meticulously crafted out of arrangements of texturally and formally contrasting elements, Nagle’s abstractions are both other-worldly and entirely of this one: they evoke a range of influences reaching between mid-century hot-rod cars of the US West Coast, and the composite sensibility of Japanese shibui and wabi-sabi.

His new works for Modern Art (London) oscillate between conveying a sense of interior and exterior. They may at once appear loosely like still-life landscapes – conveying a sense of the familiar outdoors – and at the same time describe something as specific as the details of the internal architecture of an unknown place, as though plucked from a dream.

Mixing traditional materials such as ceramic and porcelain with epoxy resin and catalysed polyurethane, Nagle’s works attain an almost impossible physical quality, their indefinability echoed in the deft wit of their titles, such as ‘Vapor Caper’ or ‘Curly Centurion’. Contained within their making are references to art history, such as the work of Lucio Fontana, Giorgio Morandi, and Phillip Guston.

This catalogue illustrates 22 new works by the artist and features an essay by Dan Fox, the American writer and former Frieze magazine Editor-at-Large.