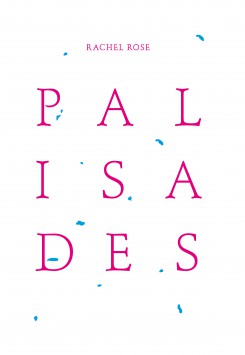 Published alongside an exhibition at the Serpentine Gallery, 1 October – 8 November 2015:

Interweaving two of her most recent videos – A Minute Ago (2014) and Palisades in Palisades (2014) – Rose creates an immersive environment through movement, sound and colour. A Minute Ago begins with a video of a sudden and apocalyptic-like hailstorm in Siberia, over which Rose layers a sound recording of Pink Floyd’s Echoes playing to an empty amphitheatre in Pompeii. This scene is fused with Roseʼs own footage of Philip Johnson’s Glass House.

Rachel Rose, born in 1986, lives and works in New York. In 2015 she was awarded the Frieze Artist Award. Forthcoming solo shows are at The Whitney Museum of American Art, New York (2015) and Castello di Rivoli, Torino (2015).