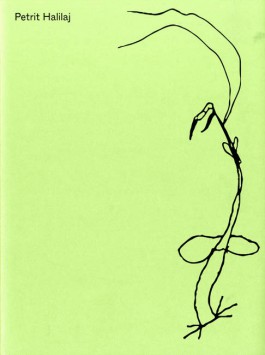 Petrit Halilaj (b. 1986, Kosovo) is an artist whose work is concerned with tracing history and biography.

He quotes images from his personal recollections and draws on them in his work, translating them into the changed reality of the present day and, with it, into a new context and a new ‘guise’ – which often involves considerable magnification. Halilaj pursues this investigation of the past not just on his own behalf.

Halilaj has investigated the history of the collection of the Natural History Museum which had to make way for the displays of the Ethnographic Museum of Kosovo.

Having tracked down the stuffed animals and other specimens – most of them ruined by years of willful neglect and damp – in the stores of the Kosovo Museum in Pristina, he has single-mindedly applied himself to the task of ensuring their safety and conservation.

Halilaj’s concerted effort to record and preserve the past for the present deserves great credit, and while the achievement is all his, the Art and Exhibition Hall of the Federal Republic of Germany shares and supports his concern.

Published on the occasion of the exhibition Petrit Halilaj: She, fully turning around, became terrestrial at Kölnischer Kunstverein, Cologne, 6 March – 18 October 2015.

Petrit Halilaj represented the Kosovo Pavilion at the 55th Venice Biennale in 2013.