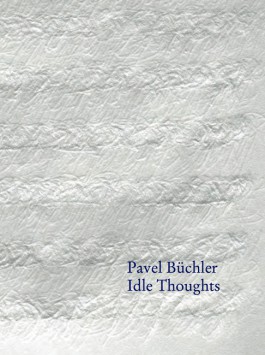 In 2003 Pavel Büchler began his diary, writing all of January on one page, over and over again for all of its 31 days, and repeated this process for every month of the year.

These 12 pages were then published and the artist wrote his diary for another year on those printed pages – and then these were published, and another diary was written, this process being repeated over several years.

This catalogue is the latest instalment of the reproduced version of Büchler’s Diary and one copy will, in turn, be written over by the artist to make 36 new drawings.

Büchler arrived in Manchester in 1997 and is Research Professor at Manchester School of Art. His art has been shown in numerous exhibitions internationally and can be found in many public collections, including Tate and the Whitworth Art Gallery, University of Manchester.