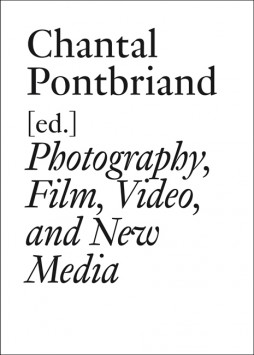 In 1975, a small group of enterprising, discontented members of the international art community in Montreal posed the following question: ‘What do we know of contemporary art outside of Quebec, in Canada or abroad? Do we even know what contemporary art exists in Montreal? How does information about art circulate?’

By way of an answer, the artistically unconventional and theoretically cutting-edge magazine Parachute was founded. After the two volumes entitled Museums, Art History, and Theory and Performance & Performativity, the essays collected in this book focus on photography, film, video, and new media.

The essays discuss works by artists such as Eija-Liisa Ahtila, James Coleman, Nan Goldin, Bill Viola, and Rodney Graham. The texts by Georges Didi-Huberman, Douglas Crimp, and Laura Mulvey, written in the early 1980s, are among their most seminal.

Discussing what were then still relatively new and overlooked artistic fields, these texts are particularly useful as signposts to how these new media works were approached.