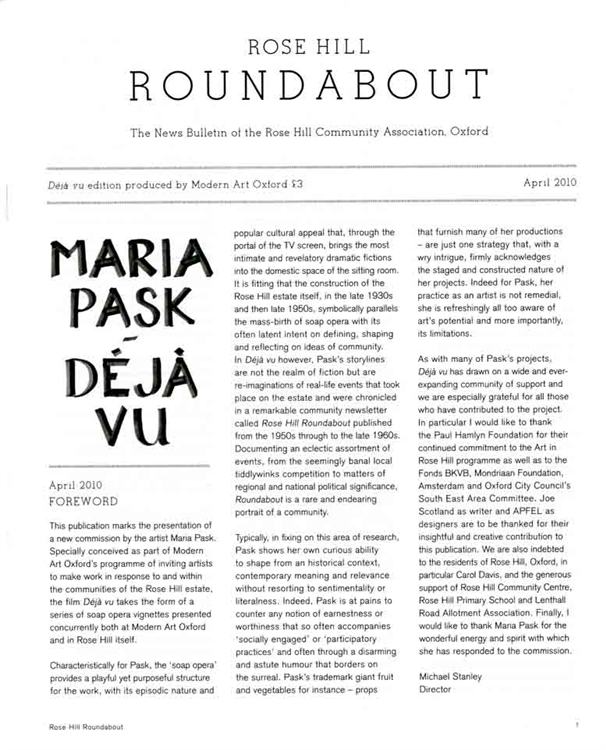 The Déjà vu edition of Roundabout marks the presentation of a new commission by the artist Maria Pask.

Specially conceived as part of Modern Art Oxford’s programme of inviting artists to make work in response to and within the communities of the Rose Hill estate, Oxford the film Déjà vu takes the form of a series of soap opera vignettes documenting imagined events on the housing estate.

The script for the film was inspired by Rose Hill Roundabout a local newsletter published in Rose Hill from the 1950s until the late 1960s.

The newsletter was a rare and endearing portrait of a community documenting an eclectic assortment of events, from the seemingly banal to matters of regional and national political significance.

Déjà vu was filmed on location in Rose Hill and stars local people as well as actors.

£3.00
Buy now
(Your order will be fulfilled by Ingram Publisher Services)