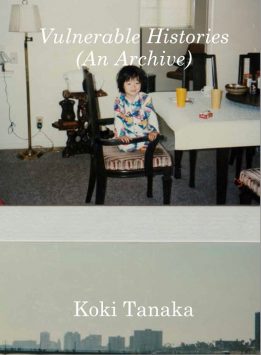 A case study publication by Japanese artist Koki Tanaka (b. 1975) about his latest project involving a group of people living in Asia and Europe reacting to the urgent problems facing global society such as immigration, racism, xenophobia, and nationalism.

How do communities organise the way we live together? This is the question around which the work of the Japanese performance artist has revolved since the 2011 Fukushima nuclear disaster.

He looks for answers by staging participatory actions he documents in photographs and videos. His practice is based on the observation that humans exposed to exceptional situations and the associated disruption of everyday routines coalesce in short-lived micro-communities.

Tanaka officially represented Japan at the 55th Venice Biennale in 2013 and was Deutsche Bank’s Artist of the Year in 2015. In 2017, he participated in Skulptur Projekte Münster and the 57th Venice Biennale.

Published on the occasion of the exhibition at he Migros Museum für Gegenwartskunst, Zurich (25 August – 11 November 2018).