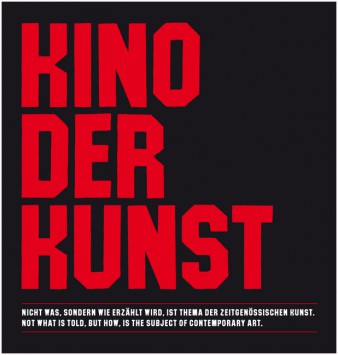 Visual artists work frequently with the raw material of cinema, shooting with movie stars, using professional technology and special effects, and telling lavish stories in one- and multi-channel works.

Contemporary art has become a laboratory for new forms of narration, the exhibition space a ray of hope for a film industry in creative crisis. Are art museums the cinemas of the future? KINO DER KUNST (Cinema of Art) revolves around this and other questions on the relationship between art and cinema.

Included is an interview with David Lynch, and eight of his new watercolour paintings, as well as around 60 descriptions of new films from all around the world by artists such as Rebecca Horn, Eija-Liisa Ahtila, Steve McQueen and Julian Schnabel.

Published on the occasion of the KINO DER KUNST festival taking place across the city of Munich in Germany, 24 – 28 April 2013.