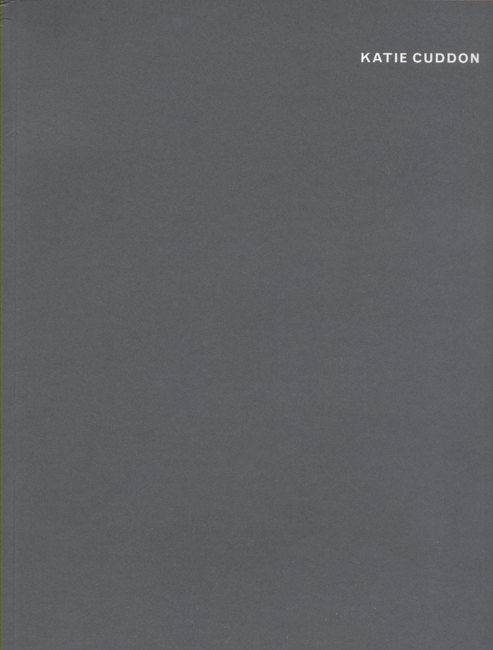 For her 2008 exhibition at Globe City Gallery in Newcastle Upon Tyne, Katie Cuddon made terracotta clay sculptures which offered insights into the nature of sculptural practice and yet she herself is not fundamentally a sculptor. This may seem something of a conundrum.

After all, her work sits on conventional plinths or hangs from, or leans against the gallery wall in familiar post-Minimalist fashion. Also, as often as not, it belongs to one or other of the standard categories of pre-modern Western sculpture.

‘Through the process of making work I seek to navigate subjects to which we have an emotional response. The act of interpreting these subjects is a wrestle, as matter fails to form definitions. What we are left with is the documentation of an attempt at navigation; clay surfaces are pushed and probed in search for a content while the computer with its seemingly infinite power to interpret, is used to make tracings of the immaterial.’

£8.50
Buy now
(Your order will be fulfilled by Ingram Publisher Services)