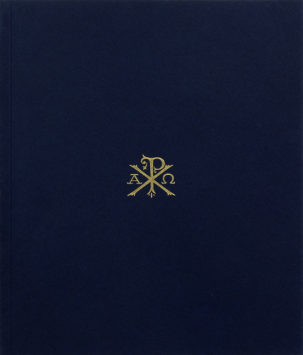 Published on the occasion of Julien Nguyen’s solo exhibition at Stuart Shave/Modern Art, London (18 May – 30 June 2018), this catalogue illustrates the 10 works in the exhibition in addition to twelve further paintings produced between 2013 and 2017.

The setting for Julien Nguyen’s new body of work is Biblical; each painting is composed through readymade scenes in which archetypal characters pose in some of the most archetypical scriptural tableaux.

Mary’s annunciation, or the flagellation, baptism, and resurrection of Christ; these are some of the narrated events that seamlessly merge with an art-historical framework of 15th century painting’s perspectival studies of figures in space.

But despite the fact that scenes of Nguyen’s paintings are often traceable to these canonical references, his subjects themselves are distinctively of their own time. The relationship between these images and their objects is one of incarnation over iconography.

Their spectators attentive, rather than absorbed. Perhaps most distinctively, included in his subjects, are the faces of the artist’s own passions — social inhabitants in a contemporary Los Angeles and loved ones playing God.