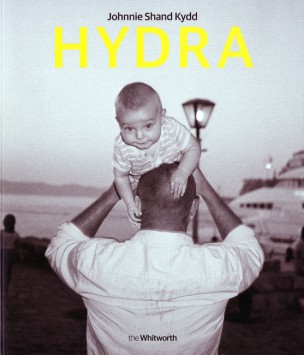 As an emerging photographer, Shand Kydd became known for capturing the incipient community of YBAs (Young British Artists) during the 1990s.

He created hundreds of now iconic black and white images of his artist friends and has continued to track the progress of figures such as Sarah Lucas, Tracey Emin, Gilbert and George, and Damien Hirst.

This publication presents works from Shand Kydd’s extensive and varied portfolio focusing on his yearly trips to the Greek island of Hydra at the invitation of the art collector and Whitworth patron, Pauline Karpidas.

With an informal, convivial and occasionally poignant eye, Shand Kydd captures the annual summer confluence of invited members of the international art world, a coming together of rising talent, established luminaries, partners and family members.

Accompanying the images are essays from Louisa Buck, Gregor Muir and Maria Balshaw.

Published on the occasion of the exhibition at The Whitworth Art Gallery, Manchester, 14 February 2015 – 21 February 2016.