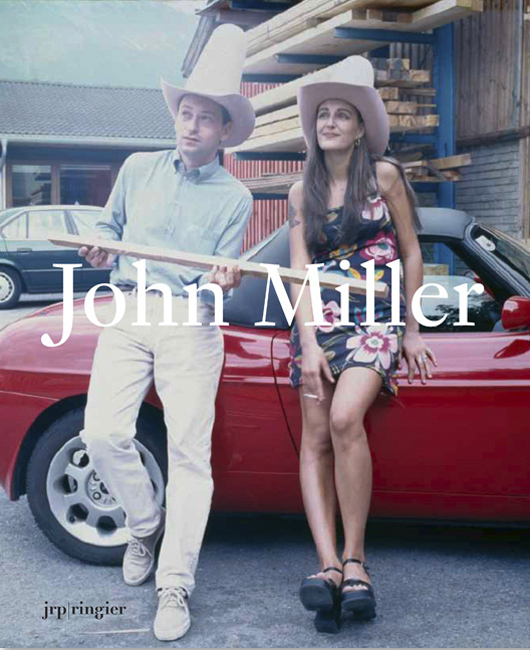 Among such contemporaries as Mike Kelley and Jim Shaw, but also Tony Oursler and Stephen Prina, John Miller embodies a singular position: he articulates the synthesis of an ideologically committed critique of representation with a post-conceptual shift toward the ‘real’.

Using completely stereotyped genres (figurative painting, travel photography, landscape painting etc.), Miller, like Sherrie Levine and Richard Prince has, since the end of the 1970s, challenged the function of the author and the concomitant loss of aura of the artwork.

Yet this critique is for him only a means of revealing the repressed aspect of the ideological aggregates of day-to-day late-capitalist Western culture.

First noticed for his brown ‘faux’ abstract painting and objects recovered by a brown impasto, he resisted to what he calls ‘aesthetic appropriation’ by regularly shifting his practice.

This strategy of resistance to a reduction of his work to any critical tag explains why, despite the early critical recognition of his work by theoreticians such as Hal Foster, he is still overlooked among his generation.

Including newly commissioned essays, this book attempts to remap his entire oeuvre by articulating its development through various series, media, and aesthetic strategies.