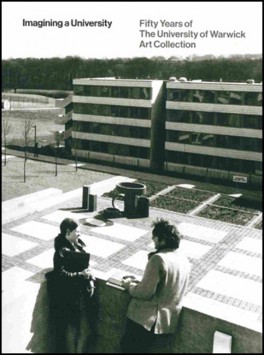 Imagining a University opens with the modernist utopia of the early University where the great colourfield paintings were hung like flags for the new, egalitarian age. It looks at how prints were bought to respond to ideas of a community in the 1970s, humanising the campus.

In the 1980s, both the University and the collection were rewired by a new phase of development that included the creation of the Mead Gallery, while at the millennium, commissions sought to redefine public art in the context of a university.

In the 21st century, the University Art Collection has many roles: delivering teaching, learning and research; introducing thousands of children and their families to the University; providing work experience for students and opportunities for artists; and developing a sense of place and identity for the campus.

Published for the exhibition Imagining a University: Fifty Years of the University of Warwick Art Collection at Mead Gallery, Warwick, 29 April – 20 June 2015.