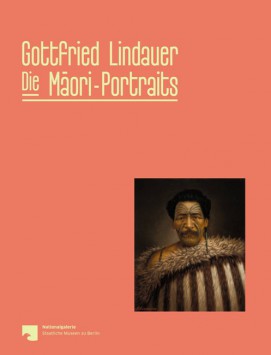 Gottfried Lindauer (1839-1926) is one of the few painters of the late 19th century to devote himself in his work almost exclusively to depicting an indigenous people, the Maori of Aotearoa/New Zealand, in portraits and genre paintings.

He was trained at the Vienna Academy of Art. As the increasing popularity of photography began to jeopardise his chances of commissions, there was also the threat of being drafted into the military in the Austro-Hungarian War, Lindauer decided to emigrate by taking ship from Hamburg.

He arrived in Wellington harbour in 1874, settled in the merchant city of Auckland, where he met his patron, the businessman, Henry Partridge, who wanted to record the Maori culture.

This is the first time that the descendants of the personalities of Lindauer’s paintings have, together with Haerewa (Maori scholars and artists acting as consultants to Auckland Art Gallery Toi o Tamaki), given permission for the pictures to be shown outside of Aotearoa/New Zealand.

Until now, the pictures never left New Zealand because, for the descendants of the personalities depicted, the memory of their ancestors is part of living and the former are always mindful of the bonds tying successive generations to their lineage, history and identity right up to today.

Published on the occasion of the exhibition Gottfried Lindauer: The Maori Portraits at Alte Nationalgalerie, Berlin, 20 November 2014 – 12 April 2015.