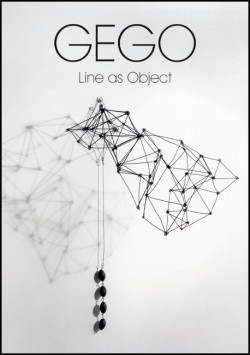 Gertrud Goldschmidt (1912–1994), widely known as Gego, was one of the most important women artists in Latin America. Her delicate, rhizomatically structured objects made of metal and wire challenged the traditional definition of sculpture as an enclosed mass and volume. Gego also pursued transparency and lightness in her numerous works on paper, where she employed lines as objects.

Her groundbreaking and experimental approach to sculpture and ‘drawing in space’ had a significant influence on subsequent generations of artists in Latin America, leaving its mark on contemporary art far beyond Venezuela. In Europe, on the other hand, Gego’s work is much less well known.

This exhibition – the first of its kind in Britain and Germany – includes around 120 sculptures and drawings from every stage of Gego’s career. Published on the occasion of the exhibition GEGO: Line as Object at Hamburger Kunsthalle, Kunstmuseum Stuttgart, 29 November 2013 – 2 March 2014; and Henry Moore Institute, Leeds, 24 July – 19 October 2014.