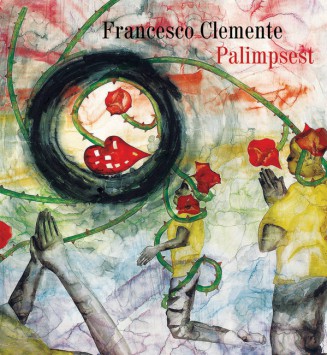 Francesco Clemente has pioneered an extraordinary pictorial language that draws on a variety of timeless symbols, myths, cultures, and philosophies. The variety of media which he employs and the subject matter of his work are deeply informed by Clemente’s nomadic artistic life.

The catalogue brings to light for the first time the close resemblance of Clemente’s aesthetic to the manner in which references are actualized in a palimpsest: effacement, partial erasure, and superimposition of writing surfaces. In so doing it reveals a concern at the centre of his oeuvre: Clemente’s conviction in his role as an artist as a kind of universal witness of consciousness.