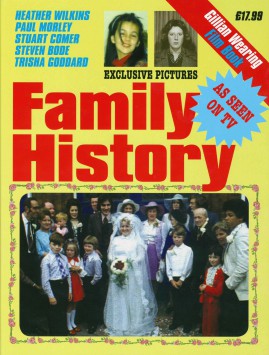 A record of Gillian Wearing’s video installation Family History, this publication traces the development of this project in a visual style that draws out parallels between the 1970s and the present that are an explicit feature of the work itself.

Continuing the biographical theme of the exhibition, the book brings together film stills and location photographs with other personal and archive material, and features essays by critic Paul Morley and project curator Steven Bode, alongside a conversation between Gillian Wearing and Stuart Comer.