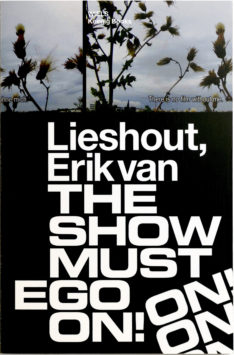 Erik van Lieshout first became known in the early 2000s for his visceral videos in which he often plays a central role, shown in environments of his own making: installations whose rough, bricolaged forms belie their sophistication.

Whilst his immediate subject matter is often directly influenced by the political and social context of the Netherlands, van Lieshoutʼs work provocatively raises issues that are relevant across Europe and beyond: immigration and integration, class and gentrification.

Despite these weighty topics, his work can be outrageously funny, using satire to reveal the failings of our society. With equally brutal honesty, he explores his own failings, both as a human being and as an artist. In recent works, he particularly questions artʼs direct social impact and its potential to do good.

Structured like a cine-novel, this substantial artist’s book uses numerous stills from Die Insel as a visual backbone, into which are inserted three newly commissioned texts: 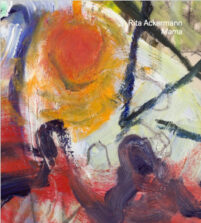 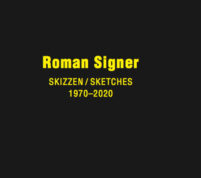