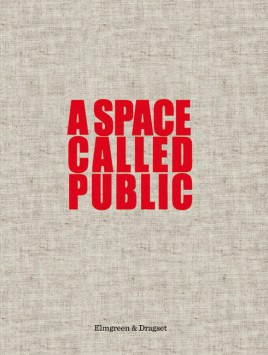 What defines a city’s identity in the year 2013? Public space has served as a meeting place and a stage for action, from discussions and deals to protests, since ancient times.

Though then as now, such activities continue to take place in the analogue world, increasingly these interactions have moved to the digital world of the internet. As a consequence, the meaning, use and dynamic of public space is changing.

Elmgreen & Dragset presented A Space Called Public in the city of Munich in 2013, showing works by international artists who were asked to explore the meaning of public space using a fresh approach.

This extensive catalogue has been published to complement the project and illuminate the questions it raises by adding theoretical perspectives. It is conceived as a documentation of the exhibition and a working guide to the current discussion of art and the public.

£46.00
Buy now
(Your order will be fulfilled by Ingram Publisher Services)