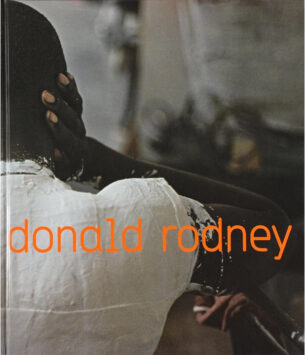 Doublethink presents the first in-depth assessment of the work by the late Donald Rodney.

Employing a wide range of art forms in which self-portraiture and the body are often conduits for wider social and political narratives, Rodney’s art refuses easy categorisation and can be as humorous as it is poignant.

The book also includes a preface by Stuart Hall and newly commissioned essays by Eddie Chambers and Virginia Nimarkoh which consider the formal aspects of Rodney’s art and the shifting artistic, social, and political contexts in which it was produced.

From the debunking of mythologies pertaining to ‘angry’ ‘Black Art’, and questioning the relationships between art and identity politics, to examining notions of body art and representations of pain, both writers offer provocative texts on arguably one of the most innovative and important British artists’ of his generation.