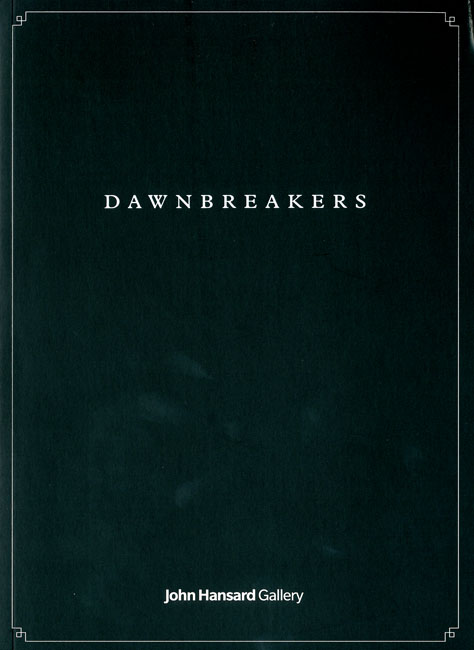 When the new millennium rolled in, predictions of a computer catastrophe – the Y2K problem – amounted to nothing but fear.

Never before, perhaps with the exception of the Moon landing, had the world watched a singular moment with such intensity and foreboding. In one second, The Industrial Age became The Information Age.

Dawnbreakers brings together contemporary artists of mixed disciplines and uses this moment in history as the backdrop to the exhibition, drawing parallels with its transformations and underlying tensions.

These artists negotiate the heritage and tradition of ‘the artist’s hand’ within an unfolding new age.

Dawnbreakers does not illustrate what is meant by digital or analogue. Neither is it an homage to the fears associated with Y2K paranoia or a yearning for bygone times.

In a manner echoing the dramatic transitions that occurred during the ‘fin de siècle’ period of the 19th century, these artists’ works take different forms but encapsulate a common feeling, as our age meets tomorrow’s world.

£5.95
Buy now
(Your order will be fulfilled by Ingram Publisher Services)