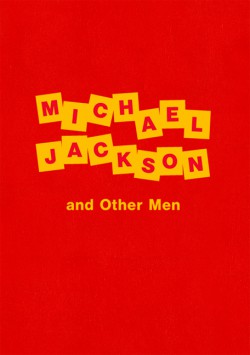 This publication presents a series of British artist Dawn Mellor’s teenage drawings and paintings of Michael Jackson alongside a number of other figures, made during the 1980s.

However commonplace these kinds of adolescent drawings might be, they are a precursor to Mellor’s concern with celebrity and fan culture; while also functioning as subjective social documents.

The Jackson drawings are a reminder of a tragic cultural icon and the indication of the burgeoning sexuality and artistic ambition of the young artist. Next to Jackson are images of the athlete Carl Lewis and comedians Richard Pryor and Bill Cosby as well as depictions of social unrest and injustice.

£29.50
Buy now
(Your order will be fulfilled by Ingram Publisher Services)