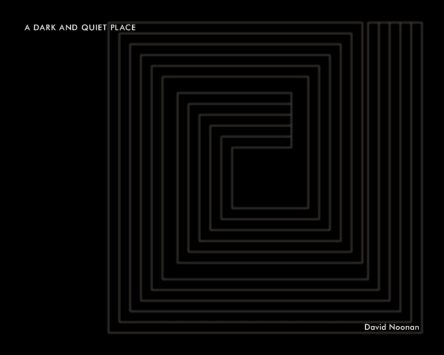 A Dark and Quiet Place accompanies a new moving image work of the same name by Australian artist, David Noonan. Both the film and this artist’s book present a meditation on performance, its associated apparatus, and the physical and imaginary domains they inhabit.

That this is Noonan’s first film work in over a decade is significant, as his practice since has frequently referenced both the material qualities of film and projection, and an ongoing interest in the slippages between figuration and pure abstraction.

For the book, the artist has worked closely with award-winning design studio A Practice for Everyday Life to disassemble the film work back into a rhythmic sequence of still images, employing both the language of design and Noonan’s characteristic strategies of layering and manipulation.

More than a series of film stills, the images that make up this book acquire their own intrinsic quality, proposing new spatial configurations and performative actions.

In response to the work, renowned author Brian Dillon presents a piece of fiction at once speculative and rigorously rational, in which geometric shapes become performers, diagrammatic grids become complex stage sets, and the supremacy of the body is thrown into doubt.