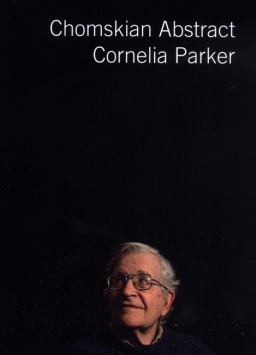 Environmental disaster is something that particularly concerns Cornelia Parker. Parker’s work explores the idea that humankind is subject to unstoppable natural forces, with the idea that the world is now at a tipping-point, due to human agency, towards what she refers to as a ‘quieter apocalypse … [the] 50 / 50 chance that the planet may not be able to sustain human life by the end of this century’.

It is this idea of the apocalypse that has prompted Parker to request an interview with Chomsky. He dwells on this extraordinary moment in history when America and other world powers are seemingly paralysed in the face of imminent catastrophe.

In this DVD, which featured in Cornelia Parker’s exhibition at Ikon gallery and at the Whitechapel, Noam Chomsky responds to questions asked by Parker at Massachuetts Institute of technology.

Noam Chomsky is an American philosopher, political activist, and author.

Published by Ikon Gallery and the Sharjar Biennale.