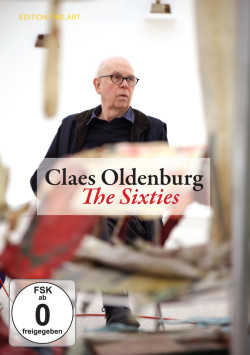 Since the 1960s Claes Oldenburg is one of the big names in the art world and of the early American Pop Art. His sculptures mostly take banal everyday objects and they always contain unexpected elements.

This documentary film by Ralph Goertz, which follows the exhibit Claes Oldenburg – The Sixties, offers an overview of Oldenburgʼs artistic development from the late 1950s to the mid 1970s like his Mouse Museum, The Street and The Store as well as the diverse soft, hard, ghost and giant versions of his object sculptures from the 1960s.

The filmmaker was allowed to accompany Claes Oldenburg over three years during the setup of his exhibit at the mumok Vienna and the Museum Ludwig Cologne and met him at his studio in New York.