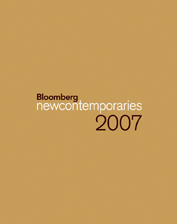 Selected by Nigel Cooke, Michael Landy and Linda Norden, New Contemporaries 2007 features the best of the new crop of art school graduates, chosen through open submission. New Contemporaries has been established, in its present form, since 1989, and has created a broad allegiance, a valuable critical, informal network, where selectors and artists remain in contact. It has featured pretty much all the shifts, turns and innovations of the 1990s and 2000s. This catalogue accompanies the exhibitions at The New Art Gallery Walsall; Club Row, London; Cornerhouse, Manchester in 2007 – 2008.