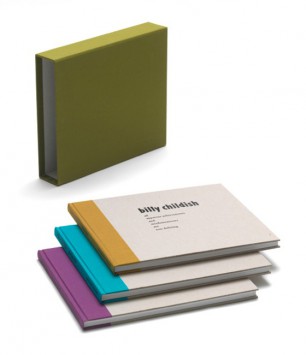 This three-volume box-set documents Billy Childish’s paintings of the last two years. If Childish had previously turned to kindred protagonists from Modernity such as Dostoyevsky or Robert Walser, he is now devoting himself to lost explorers and frontiers of a different kind.

The past and present, the exotic and the familiar are merged in highly charged and personal imagery. In all of this, a keen understanding of draughtsmanship and the value of abandoning sophistication yields an experimental negotiation with painting hovering on the threshold of reality and fiction, of role-playing and existential veracity.