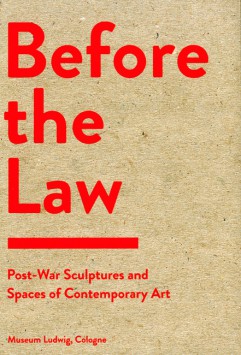 Before the Law features artistic positions that engage and attempt to identify people and position them as political beings at different times and in diverse ways. The works do not refer to specific conflicts, but instead tackle themes that relate to personhood per se.

Artistic action is approached from an existentialist perspective and postwar sculpture by various artists. In their own subtle ways, they all grapple with the vulnerability of humanity in a world where the concept of human dignity is perpetually threatened.