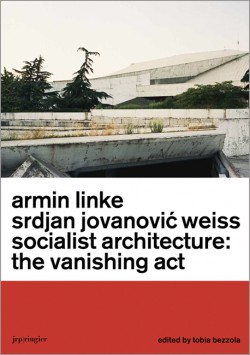 Linke and Weiss have worked together since 2009 to visit and document selected examples of ex-Yugoslav Socialist architecture in order to document the state that they are in today. The Socialist Federation of Yugoslavia vanished during the early 1990s and the former Socialist states were ‘Balkanized’ into a number of emerging democracies.

Each of these new states inherited monuments, buildings, landscapes, and infrastructure, which were constructed specifically for the former Socialist context and needs. After Yugoslavia vanished, most of the inherited architecture was left vacant and in a state of limbo between being repurposed and reused for new content, or simply being declared ‘Socialist archeology’, and continuing its life as ruins.