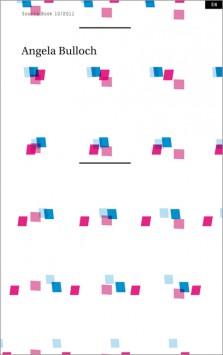 Her references range from the formal strategies of the early 20th century avant-gardes through Minimalism and Conceptual Art to a broad range of philosophical literature, 20th century film production and 21st century digital media development. A common thread in Bulloch’s artistic practice is the manipulation of codes and the questioning of the desire for and exercise of control.

This Source Book, which combines critical essays, a candid interview, selections from the artist’s own writings and production notes as well as a TV scenario for enactment in the exhibition is produced on the occasion of Bulloch’s first survey exhibition in the Netherlands, which is also one of the most extensive solo presentations of her works to date.

This is the tenth and last in this series of pocket books, introduced to Witte de With Publishers by Nicolaus Schafhausen (Director, 2006 – 2011).

Published on the occasion of the exhibition Angela Bulloch: Short Big Drama, at Witte de With Center for Contemporary Art, Rotterdam, 20 January – 9 April 2012.