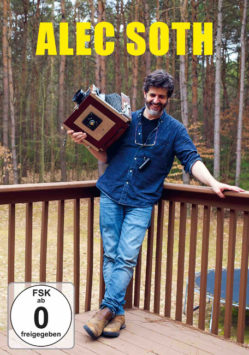 Alec Soth’s first major publication, Sleeping by the Mississippi (2004) counts as one of the most important series of contemporary photography.

Curator and filmmaker Ralph Goertz met the artist at his studio in St. Paul, Minnesota and was allowed to accompany him while he was working with his 8×10 camera.

At his studio Soth present his famous series like, Songbook and Niagara. He talks about his work, his artistic approach and how he reflects the media itself.