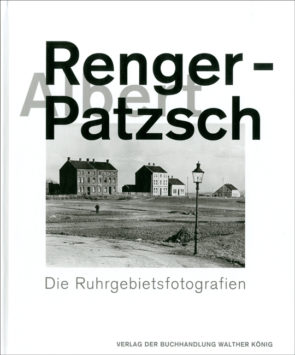 Albert Renger-Patzsch (1897–1966) was a German photographer and a leading figure in the Neue Sachlichkeit (New Objectivity) movement of 1920s Germany.

He did military service in World War I, then in 1920 he became Director of the picture archive at the Folkwang publishing house in Hagen, before becoming a freelance photographer in 1925.

Through the photographic medium, Renger-Patzsch’s rigorous, yet sensitive vision of the world enabled him to create images which reveal the beauty and order in the natural and man-made alike.

In his book from 1928, Die Welt ist schön (The World Is Beautiful) he showed images from both nature and industry, all treated in his effortless clarity. This classic publication of 100 images established Renger-Patzsch as one of the most influential photographers of the twentieth century.

Renger-Patzsch’s work is held in major museum collections including, TATE Modern (London), and the Museum of Modern Art (New York).

This major retrospective catalogue features the photographer’s work from the 1920s to the 1950s, and covers various subject matter from architecture to landscape, and portraiture to interiors.