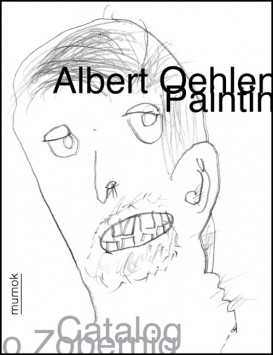 Albert Oehlen is not only one of the most influential, but also one of the most controversial of contemporary painters. He quite deliberately lays painting open to confrontation on several fronts at the same time – with its own history, with its clichés, with its missed opportunities, and also with the ubiquitous power of the images of the advertising and pop industries.

Oehlen endeavors to restore freshness and complexity to painting, which has been declared defunct, not by dodging all the attacks and polemic to which this tradition has been subjected, but by making the picture itself the locus of lively debate on these issues.

Heimo Zobernig agreed to create a graphic master plan for this catalogue. The publication is an artist’s book in its own right rather than an interpretation or reading of Oehlenʼs art. Heimo Zobernig wishes to show what Oehlenʼs painting can withstand, and to emphasize its methodological complexity, relevance, and vitality.

Published on the occasion of the exhibition at MumoK, Vienna, 8 June – 20 October 2013.