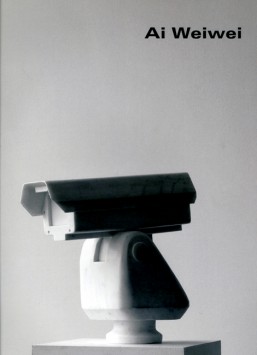 Ai Weiwei is one of the leading cultural figures of his generation and consistently displays great courage in placing himself at risk to affect social change through his art. He serves as an example for legitimate social criticism and free expression both in China and internationally.

This survey of Ai Weiwei’s work is depicted here in beautiful photographs documenting works such as Coloured Vases (2010), Surveillance Camera (2010), Marble Doors (2006) and videos including Second Ring (2005) that demonstrate the artist’s profound questioning of geopolitical, economic and cultural realities.

This catalogue contains an essay by Philip Tinari, editor of Leap magazine and Director of the Ullens Center for Contemporary Art, and an introduction by Greg Hilty, Curatorial Director at Lisson Gallery.

Published on the occasion of Ai Weiwei’s first exhibition at Lisson Gallery, London, 13 May – 16 July 2011.